This single family house was designed for a journalist couple in suburban Colombo. Designed by architect Nileeka Senerath for Chinthaka Wickramage Associates, this project faced three main constraints namely the restrictive budget, client’s lifestyle and the sloping topography of the site.
Fine finishes such as smooth plastering and painting was restricted to private spaces with less openings such as interior of bedrooms and office rooms in order to brighten up the small spaces and the rest of the house is finished with exposed bricks and opened out to the courtyard to make inside and out as one space.

The house is designed looking inward towards a narrow linear central courtyard which also functions as a green separation between the public and private areas. To avoid heat accumulating inside the house when all the windows are closed at night, full height open glass louvers were introduced at public areas. Also, the courtyard provides ample light to all public spaces during day time.

The sloping terrain as well as the regulatory requirements, somewhat restricted the buildable area. The house is laid out as per the level differences of the site. Public areas such as garage was at the front road level and semi public areas such as the living, dining and kitchen / pantry areas at an intermediate level along with the courtyard, and the private bedroom wing at the highest level. The private bedroom wing was designed as a two storey unit to house all the private functions such as bed, office and utility rooms, while public living dining and kitchen pantry area was housed in a single storey unit with a free flowing quality, from space to space as well as from inside to out.

Central courtyard was meant to be soldiered by a series of medium height trees root ball replanted; in order to give a cool and shady effect to the public areas and the central corridors.

Interior colour and furniture was carefully selected to suite the ambiance of the house which is very minimalist in nature. Only colours such as white, grey and saffron were used inside the house and furniture include cement precast dining table and custom designed Japanese styled dining chairs, built in cement seats and precast white cement shelving and very simple timber furniture with straight lines. 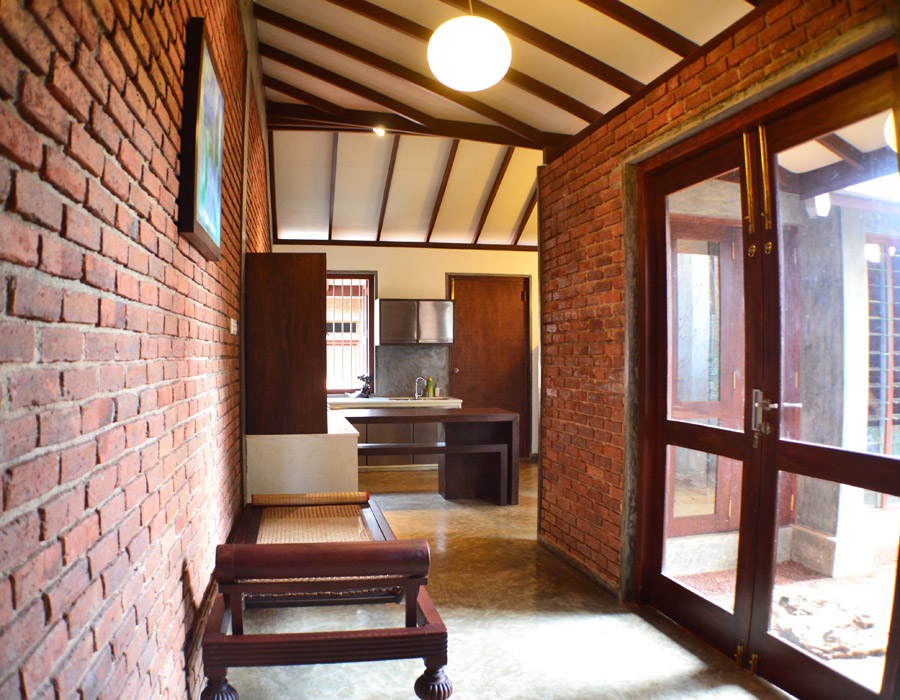 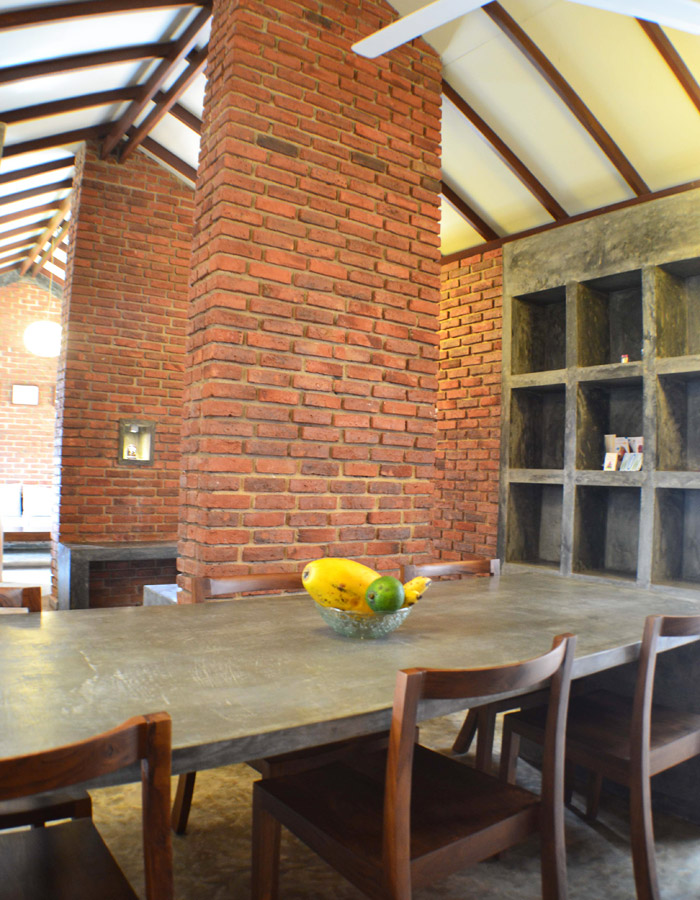 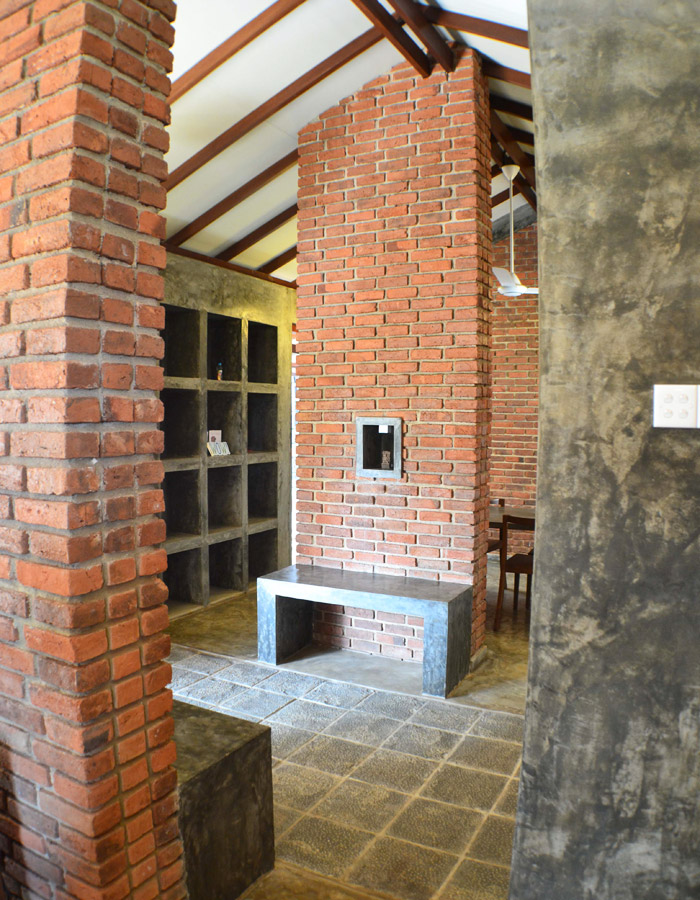 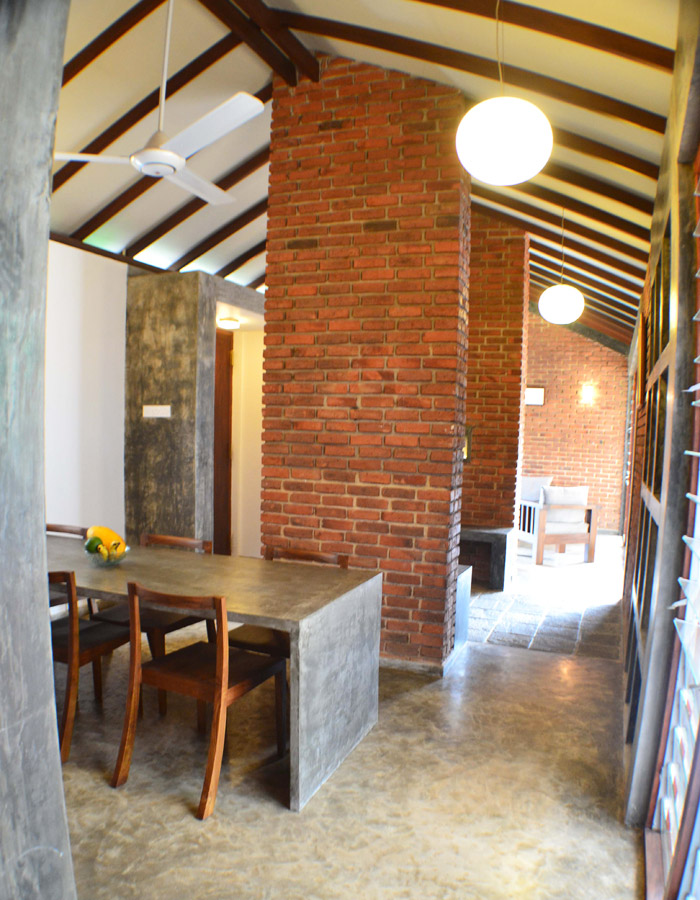 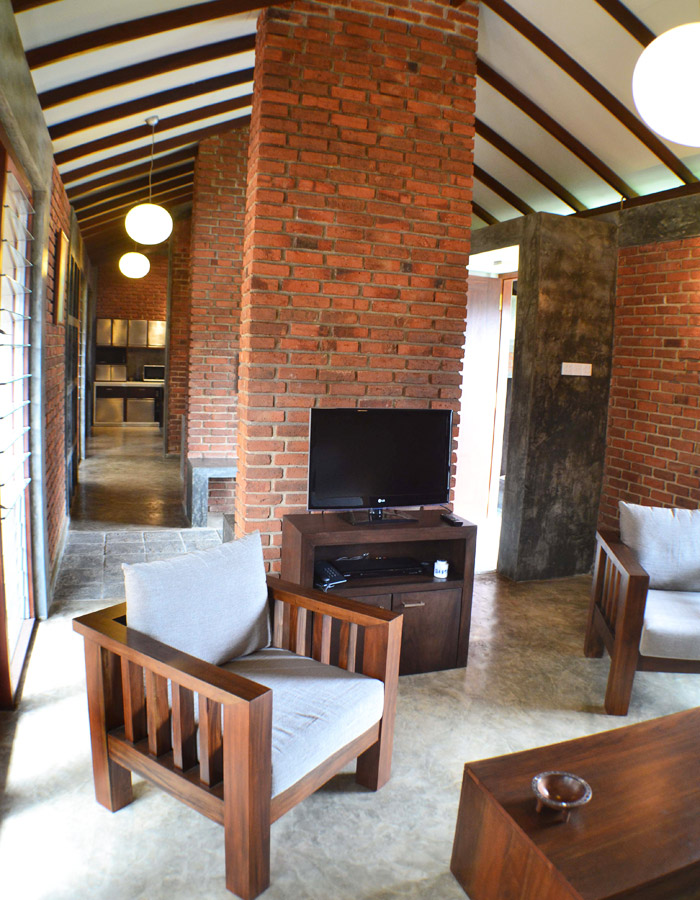 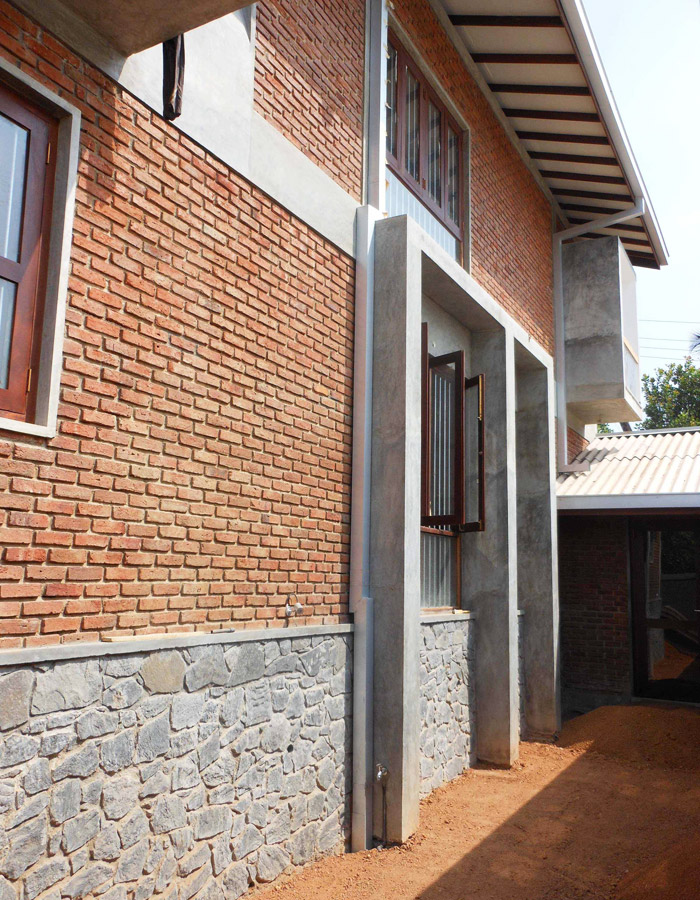 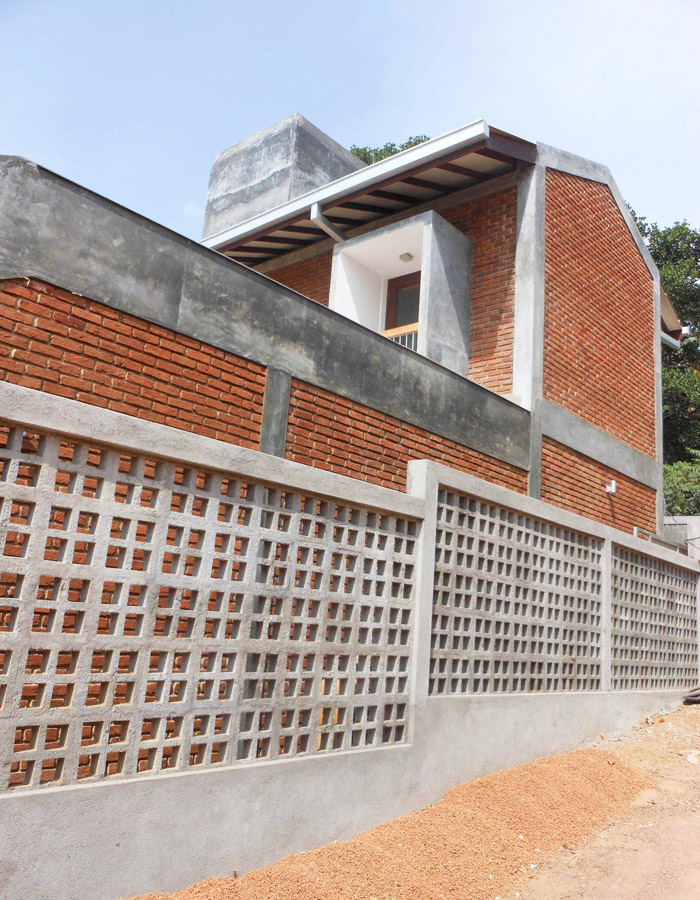 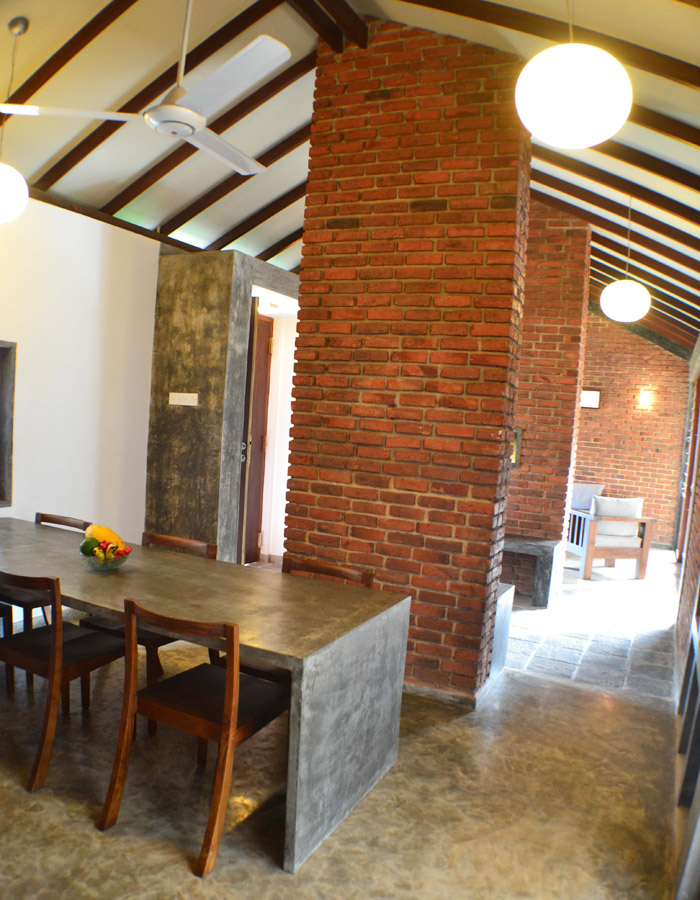