The original Vocational Training Centre (VTA) was housed in an old residential complex donated to them .While the main building was in an acceptable condition, some of the annexed buildings were more than few decades old and in a highly dilapidated condition, and in turn were earmarked for demolition due to their state. Also, former residential building room sizes and shapes were not suitable for vocational training purposes such as automotive and/or welding workshops. Only the two storied main building was retained for upgrading with decaying timber framed clay tiled roof structure to be replaced by steel framed insulation sandwiched Zn/al roof cover.

Architectural Objective of the project was to build a ‘robust’ vocational training center which can withstand years of wear and tear, in the extreme weather conditions of Jaffna peninsula as well as to represent the function of a ‘Vocational Training Center’. Selection of materials were primarily based on above requirement and resulted in the use of sturdy and heavy duty material, such as, cement bricks for walls, insulation sandwiched Zn/Al roofing panels for roof and black powder coated glazed aluminum doors and windows for door windows, which contributed to the monochrome, textured, industrial aesthetic of the finished training center. The layout takes on a ‘U’ shape with the two new buildings being connected by the existing double story main building, thus creating an open ended courtyard facing the lagoon, which draws in the much needed winds from the lagoon in to the buildings. Also, the layout is laid as to give prominence to the existing main building, making it the main axis and the binding element of the whole complex, as a respectful reminder to its past service to the VTA. This open ended courtyard was paved with interlocking cement paving blocks, creating a ‘place for interaction’ for students and enhancing the monochrome, textured, tactile quality of the space. Courtyard also retains two old Margosa  trees ,providing the required softness to the otherwise rigid and robust built environment as well as desired shelter from the harsh sun. Existing Ground Well in the middle of the courtyard was saved considering the scarcity of water in the Jaffna peninsula and the ban on tube wells by the National Water Supply & Drainage Board (NWSDB). A tiered/stepped concrete open to sky pavillion, for students morning assembly, overlooking this paved courtyard was created for ‘sense of enclosure’ of the courtyard space, to be roofed at a later date by a lean to roof in the second phase of the project. Insulation sandwiched Zn/Al roof panels were selected to replace the clay tiled roof in the existing two storied building on a steel structural skeletal framework, replacing the decaying timber roof structure. Black powder coated glazed aluminium door windows were selected to replace the existing decaying timber door windows in the main two storied building.

A twenty six year war does etch indelible sacrs on a nation, more so on its youth who were born into the war and continued to live throughout its inescapable tentacles, especially the youth of the North & Jaffna peninsula.  However, the end of the war brought hope for peace. The government of Sri Lanka intensified its efforts to accelarate economc development, especially in the war affected North & East. Hence in collabaration  through its ministry of skills development and vocational training numerous plans were launched to create a sustainable foundation of ‘skilled ‘ people by ‘empowering’ them with vocational training, to push this economic agenda. An urgent response was needed at the end of the war and a catalyst was required to foster the skills of the youth who would confidently and competently spearhead this vision. The need to create and nuture a sustainable, employable base of “young people with skills” in the North & East became a national imperative.

Jaffna Peninsula was under control of Sri Lanka gvernment troops from 1996 during the decades old war. But it was an isolated city, due to the absance of a land supply route, supplied only by sea and air. Result was a city living in a time capsule, isolated from the rest of the country, with no fuel supply, frequent food and building material shortages due to ban on transport of steel and cement, leading to the population seeking some sort of self sufficiency. As a result building stock  in Jaffna peninsula were in a highly dilapidated condition, even after the end of the war, with no repairs carried out for decades. This applied to the recently inuagarated vocational training centre in Kaithady Jaffna, on a donated residential premises, just 06 kilometers south of Jaffna City center on A9 Jaffna Kandy Road. Almost 100 students were studing, cramped into highly dilapidated decades old residential buildings, not built for vocational education purposes, with decaying timber structured clay tiled roofs about to collapse. Under the German Govt funded VTN project, it was decided to demolish the decaying buildings and reconstruct new buildings much suited to vocational education purposes, relocating students temporararily.

Resultant new Vocational training Centre built with ‘robust’ materials were meant to ‘empower’ the students in their search for vocational skills. It was also expected to fill in as a vocational training provider in the war torn Nothern Province, satisfying a vital need of a society lacking vocational skills after  decades old war,  in turn helping students to move up in the ‘social ladder’ through vocational education, and achieve much needed economic stability in the economicaly reeling northern Province.

The vocational training offered to youth at this institute will encourage them to gain technical and vocational skills and high degree of proficiency in their chosen vocational trades, with the understanding that they are a vital moving force of the future economic development of the Northern region and the country. VTA Kaithady, Jaffna, encompasses founding ethos of imparting ‘employable skills’ that will encourage ‘entrepreuerial ventures’ and equip young people in the North with competancies and abilities leading to empowerment, that will induce economic development of the region in general. 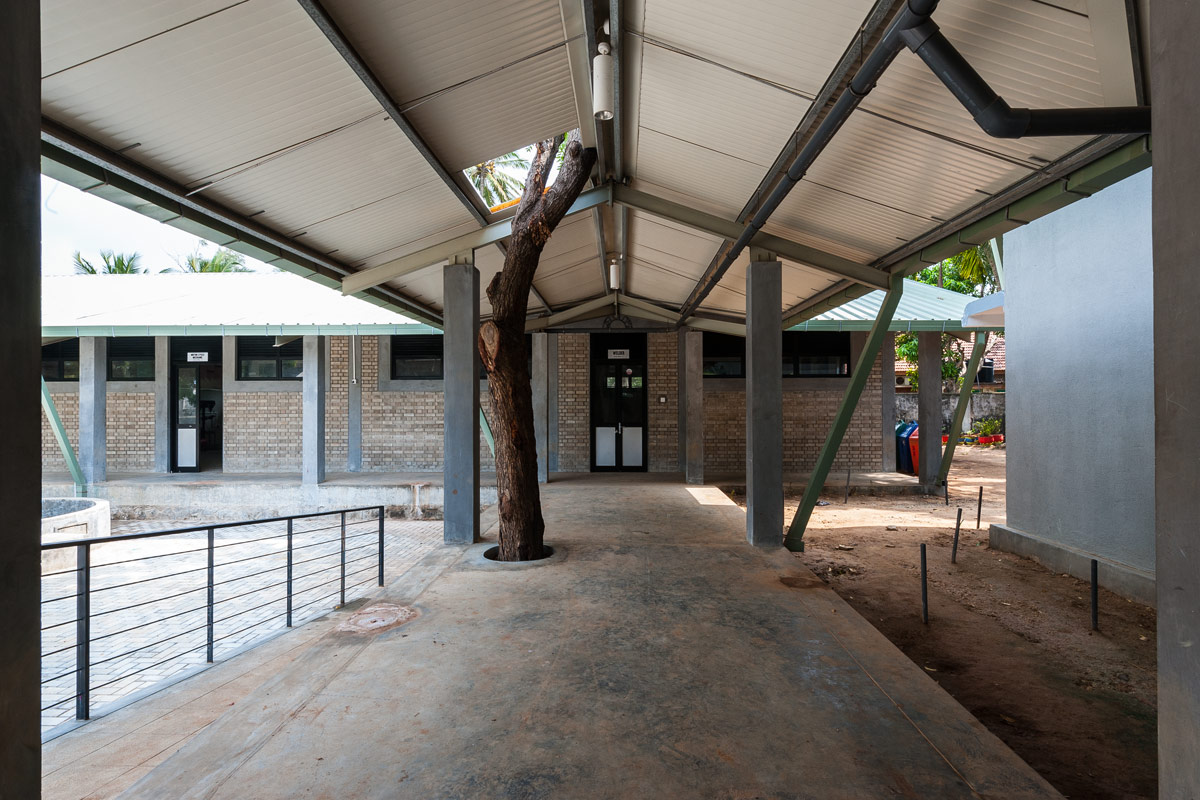 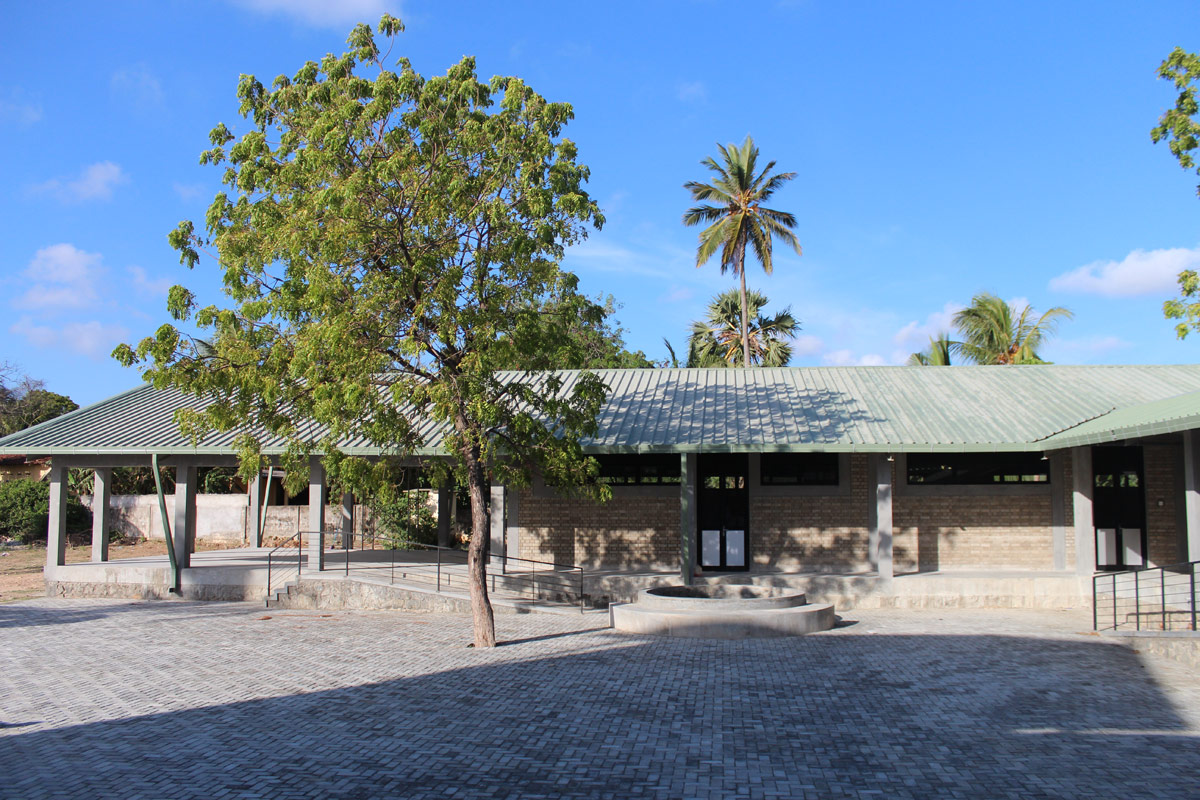 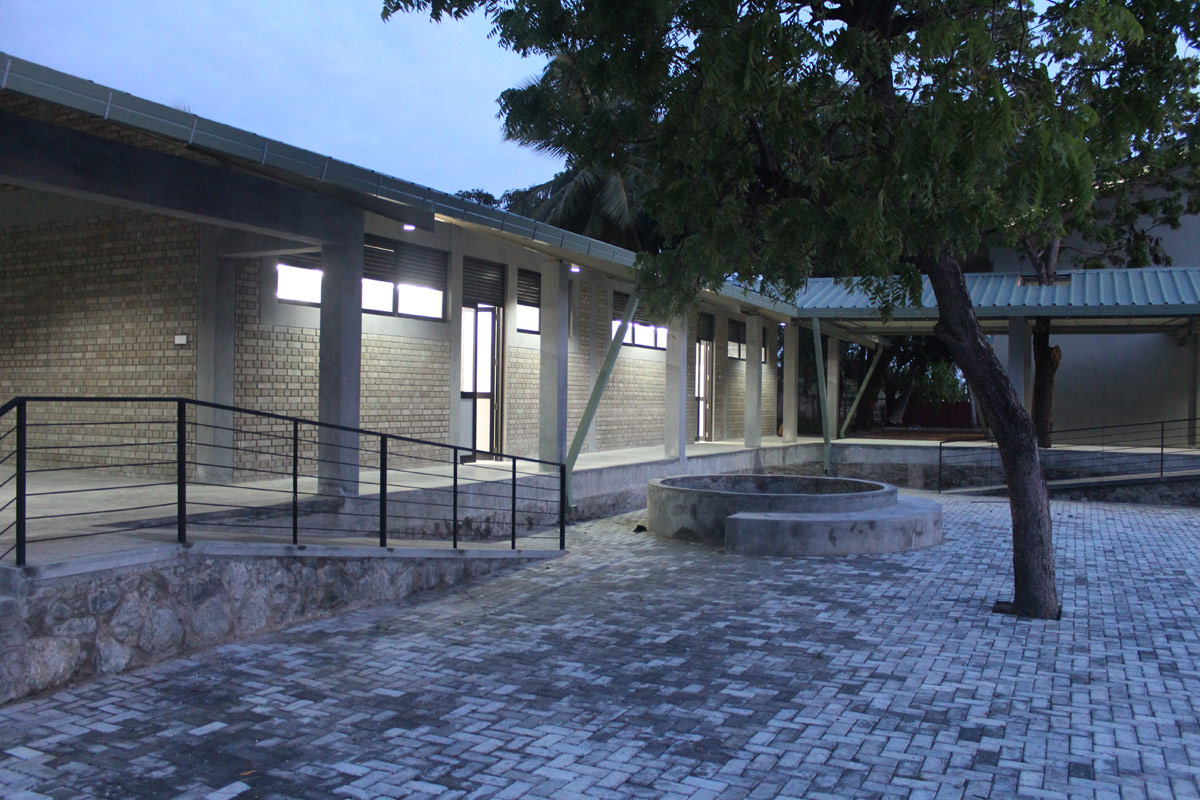 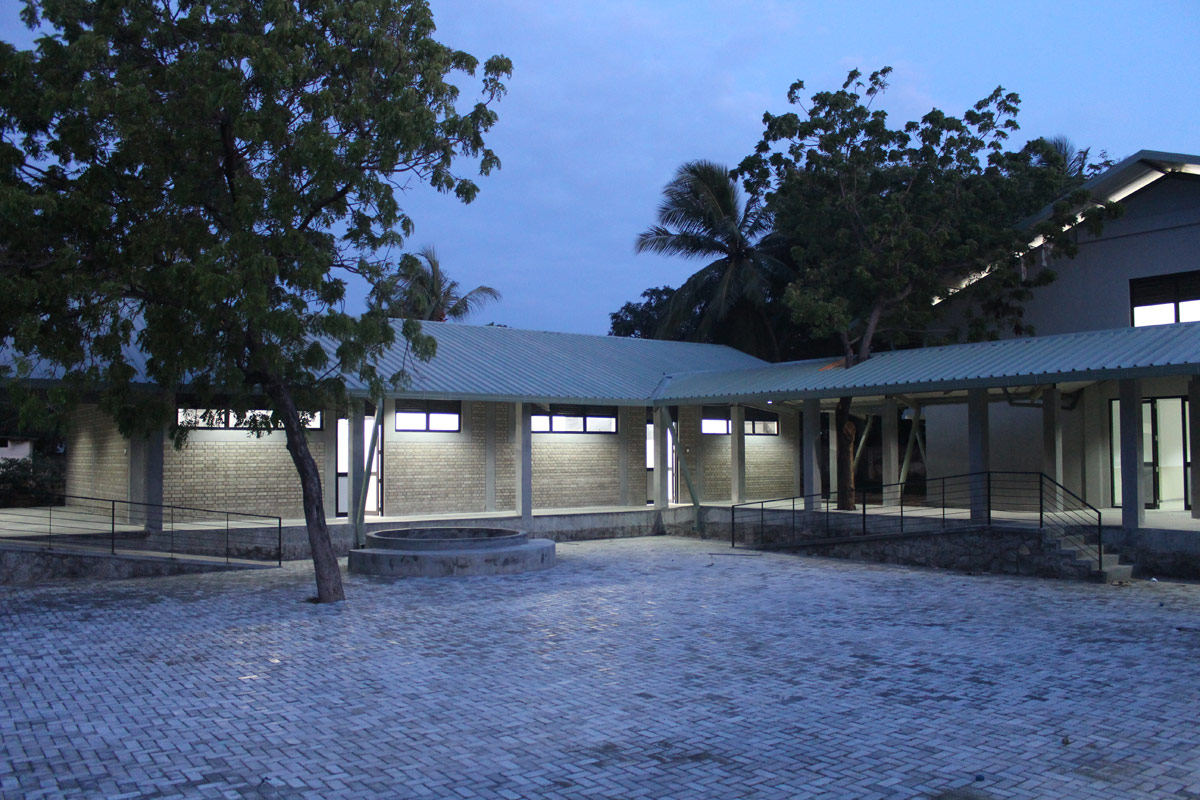 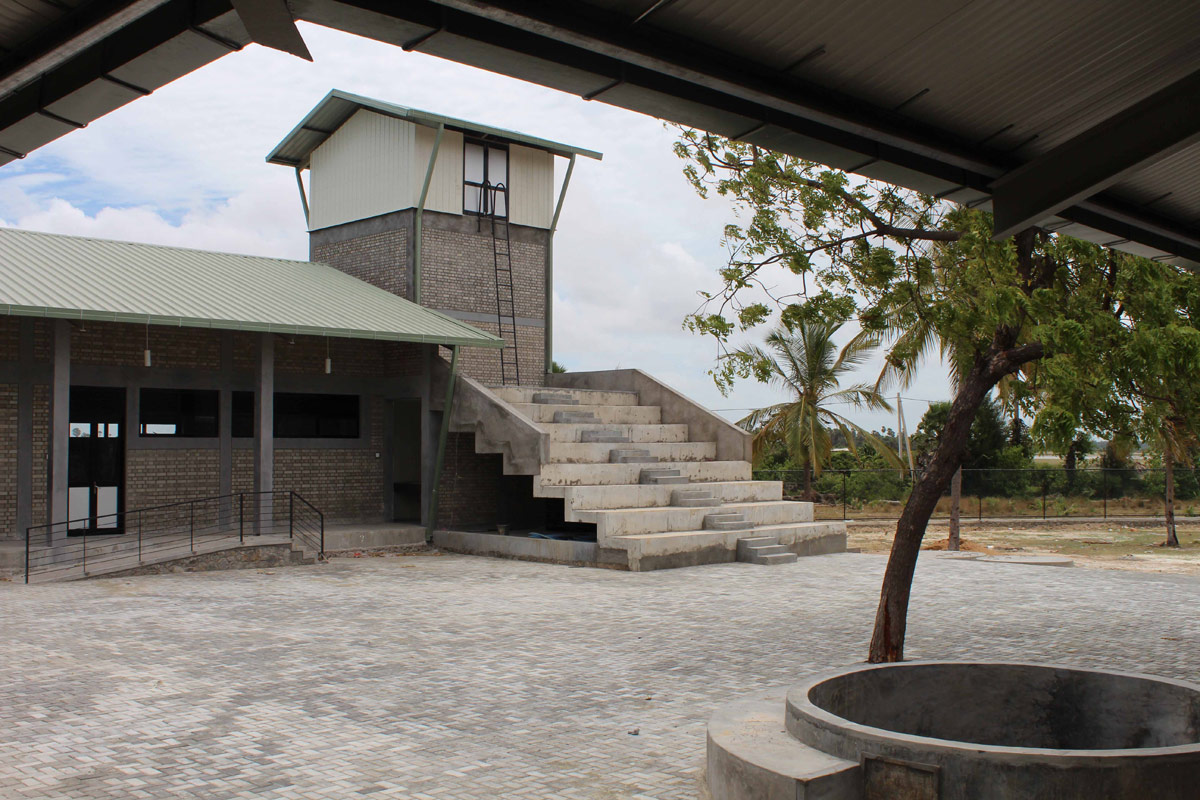 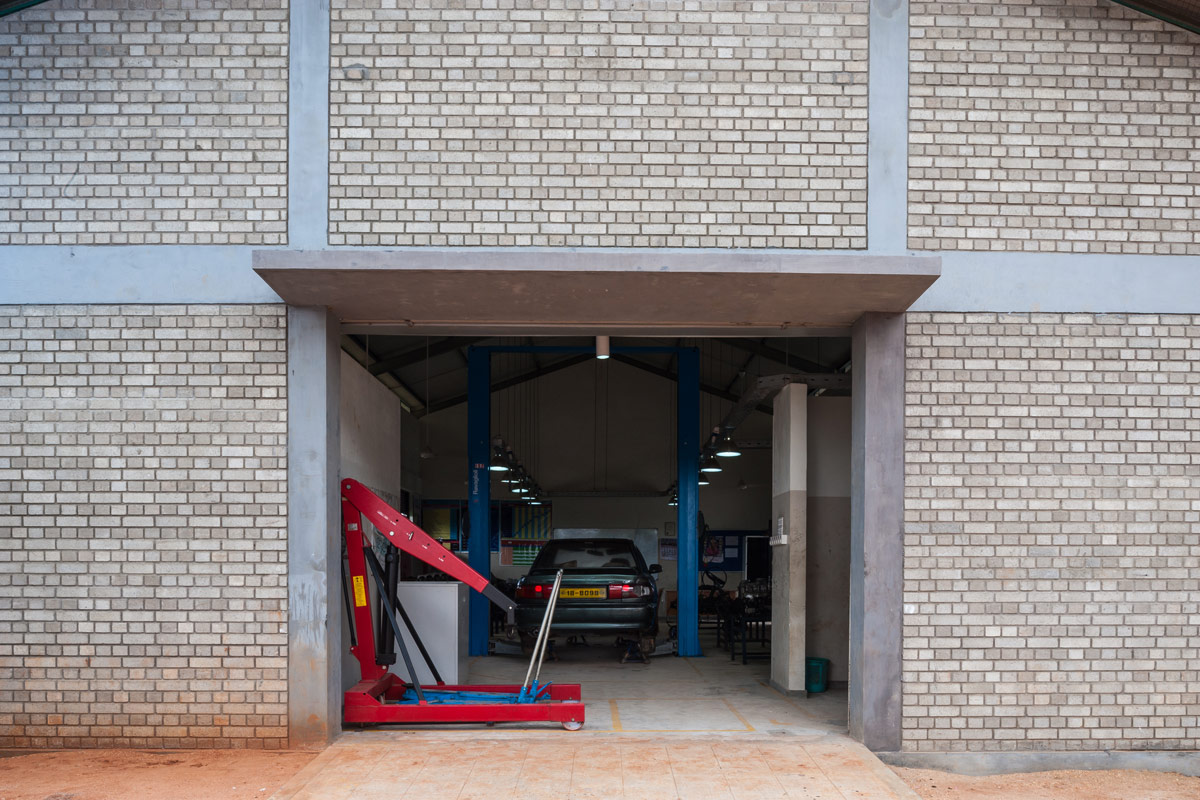 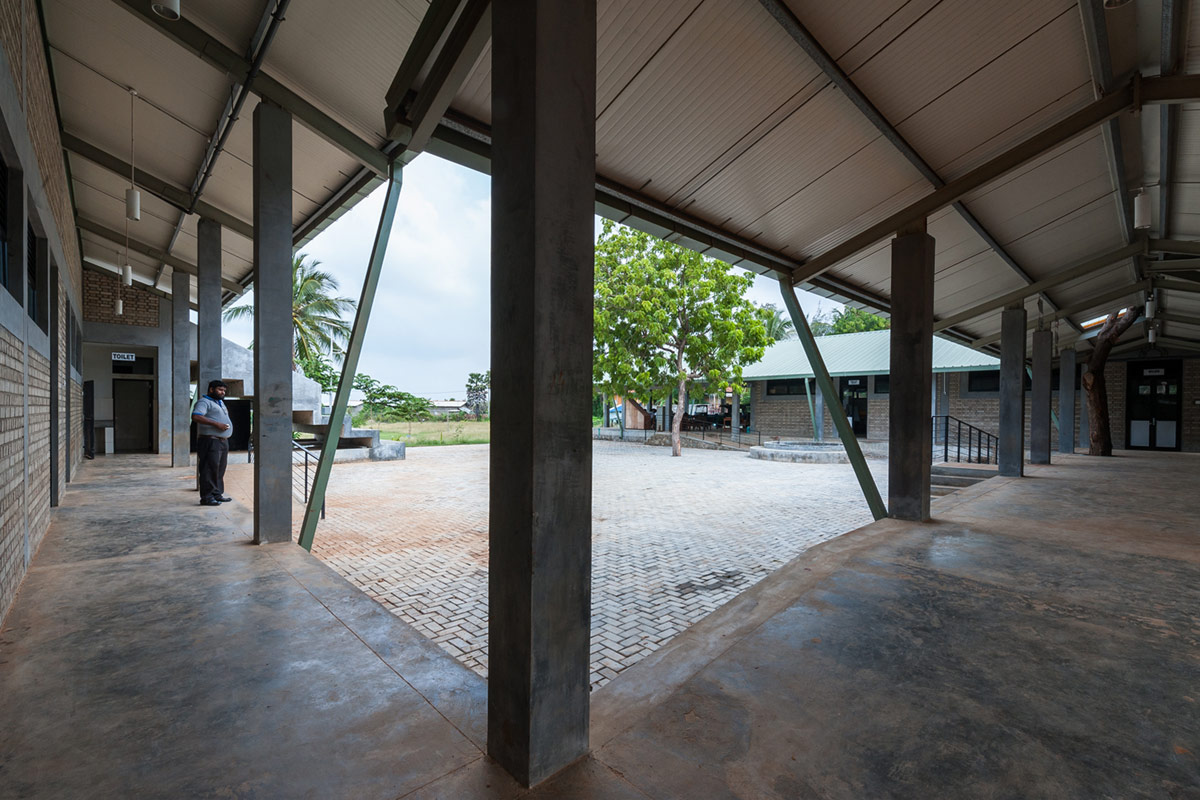 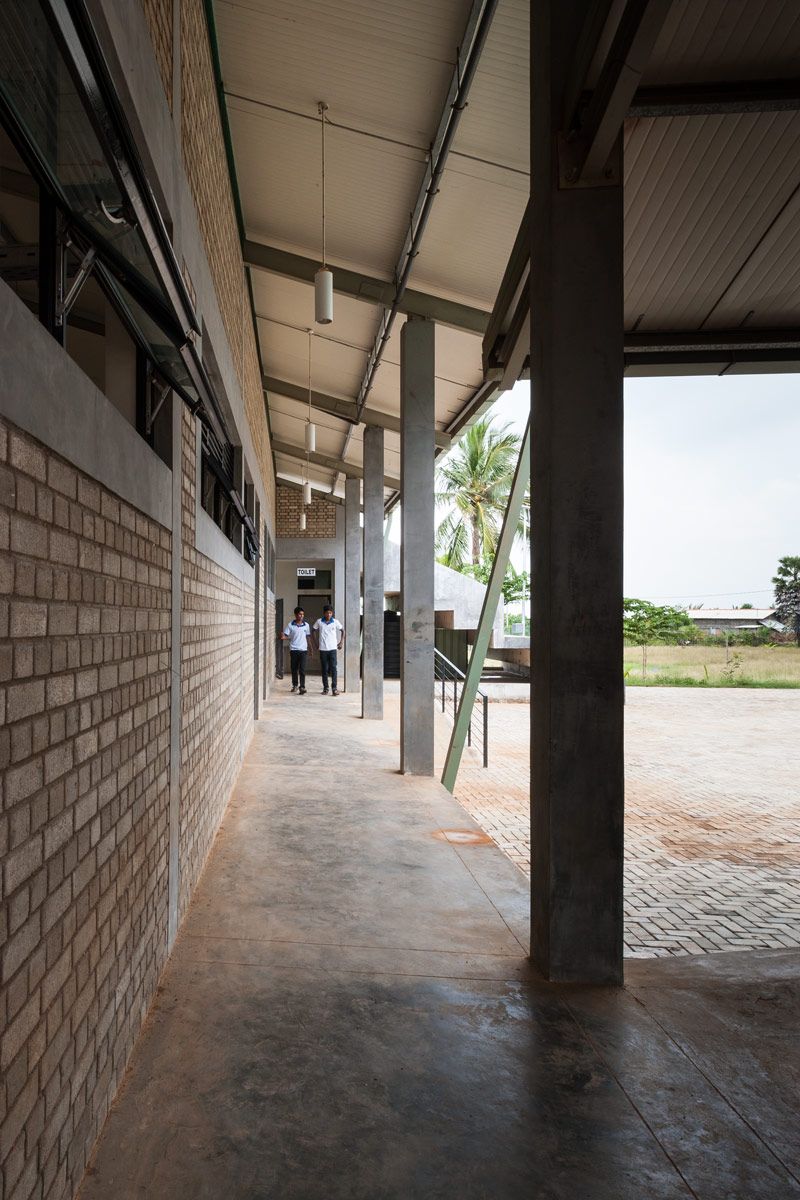 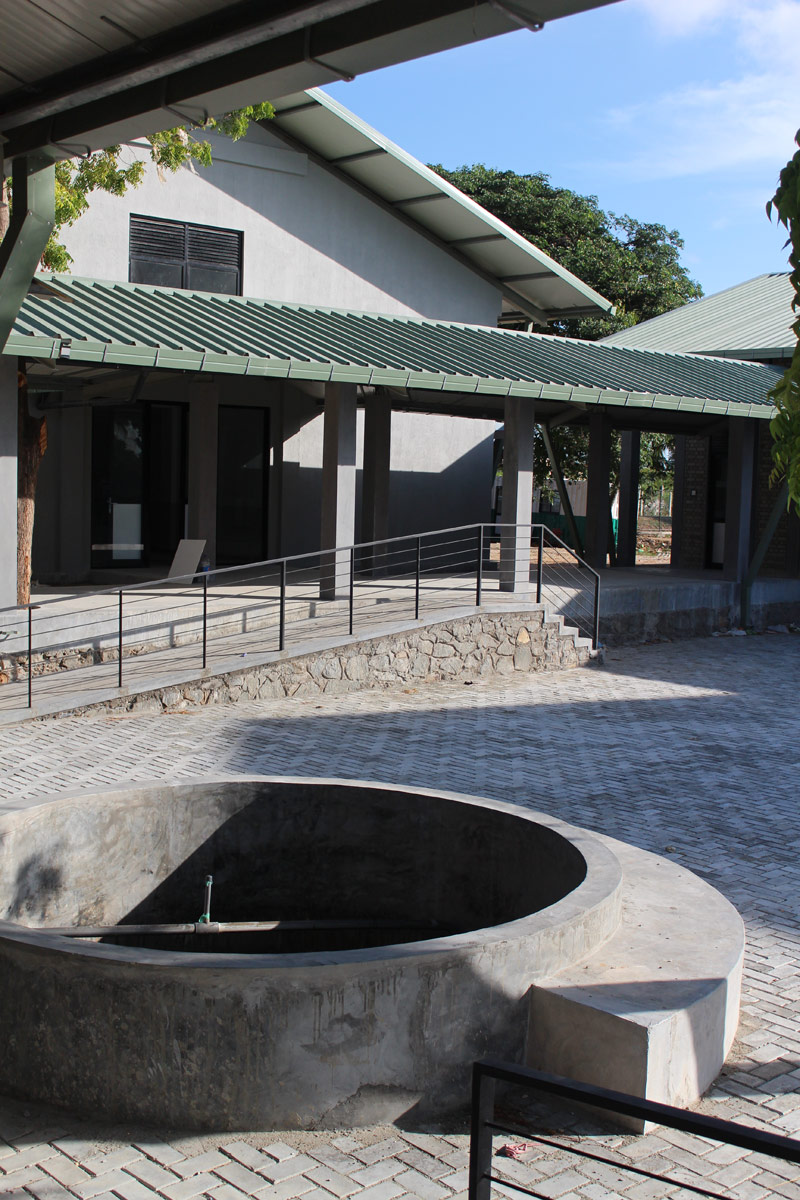 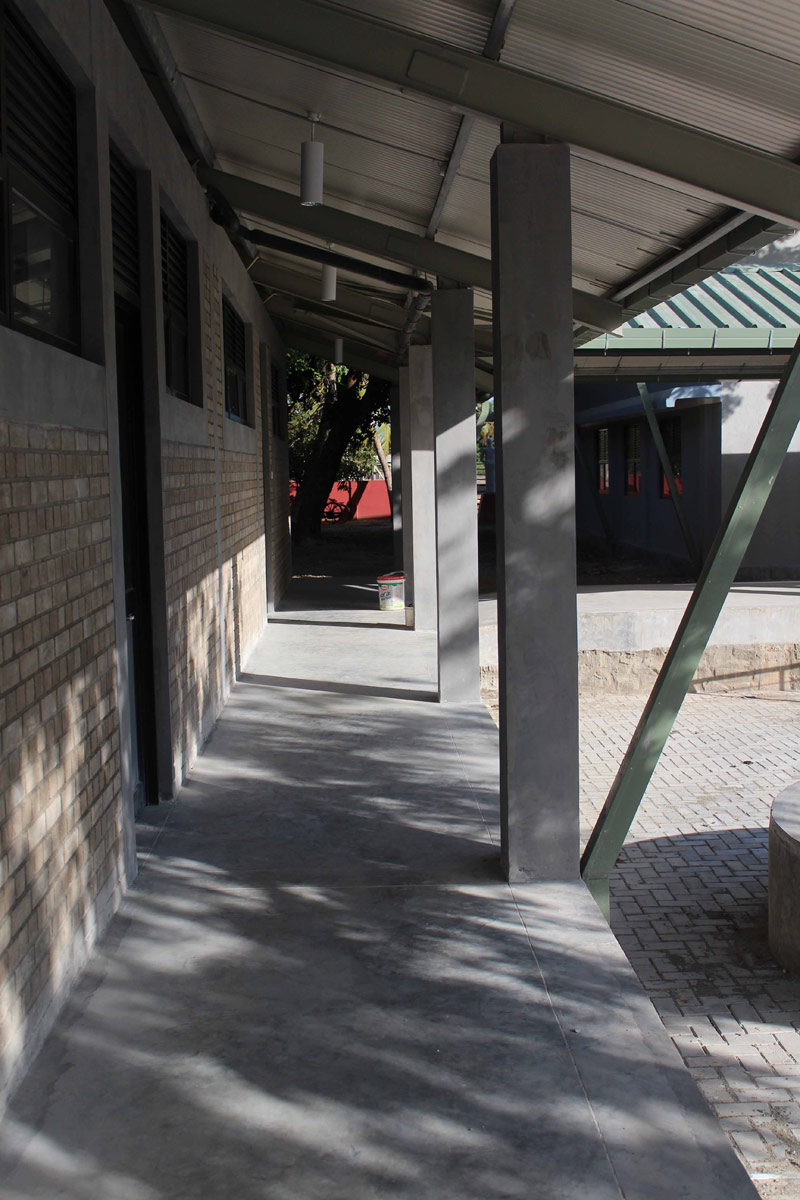 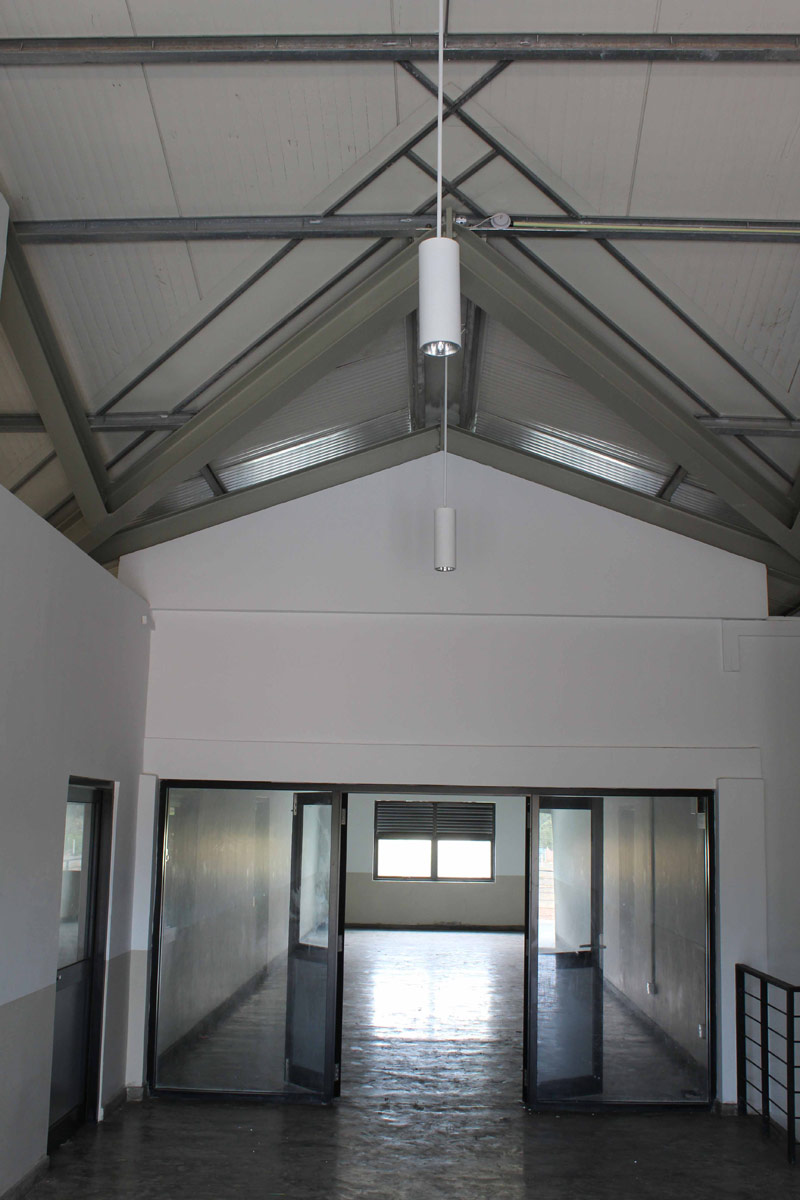 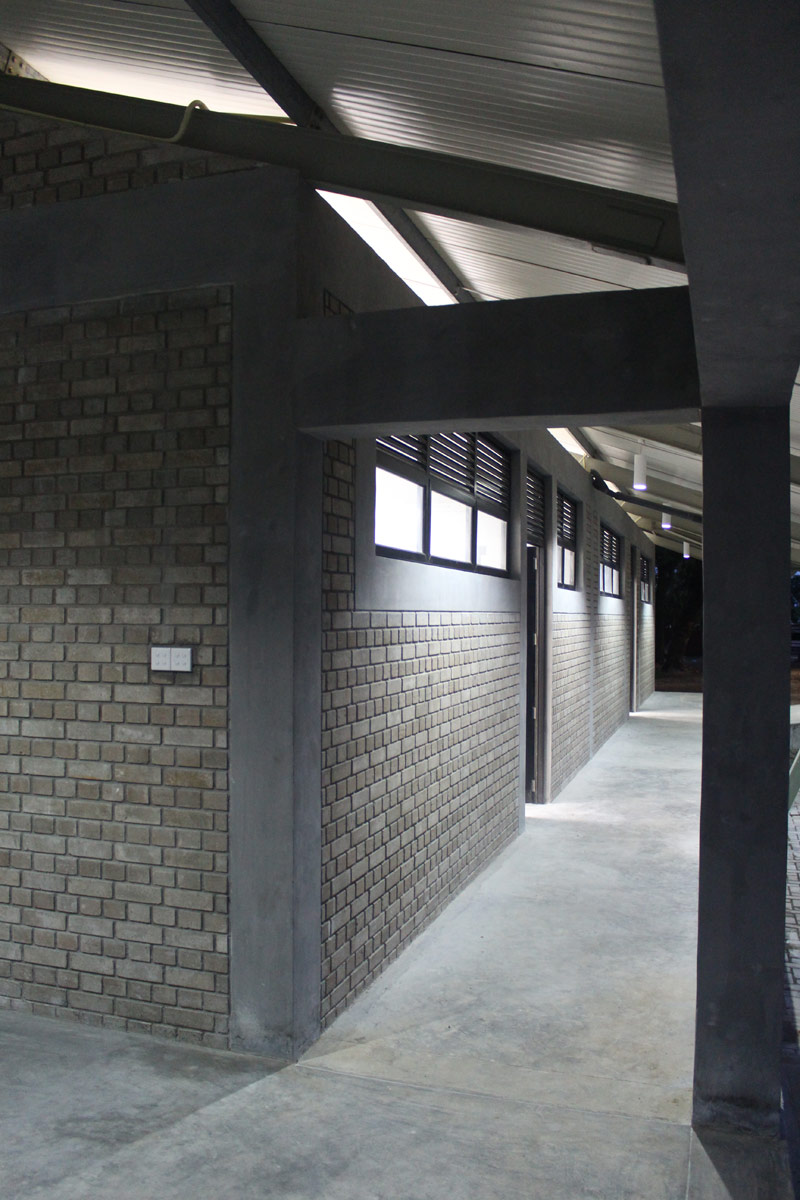